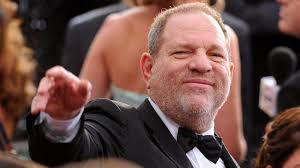 It was inevitable that any article looking back on 2017’s best Hollywood films would refer to Harvey Weinstein as this New Yorker article does. But what took me by surprise was the leap of logic taken by Richard Brody from there.

Brody dedicates the article to all the men and women who were silenced and had their careers curtailed through Hollywood’s sexual and systemic oppression. And what is true of gender is automatically true of race as far as systemic oppression goes. So he makes a special mention of black women stating that black women in particular have suffered from such oppression.

As evidence, he presents “One Way or Another: Black Women’s Cinema, 1970–1991” – a repertory of films by Black women filmmakers from 1970 to 1991. He states: “These filmmakers, among the best of the time, responsible for masterworks in their youth, haven’t had the careers that their early work promised—or haven’t had careers at all.” The fact that they didn’t fulfil their early promise is all the evidence Brody provides of the systemic and sexual oppression faced by these women in Hollywood. By simple extension, same’s true of white women and men of colour who have had “slighter” careers as filmmakers, he argues.

He then goes on it say that this absence of white women, and men and women of colour from Hollywood's ranks is the reason by why Hollywood’s films have become increasingly vapid and superficial. If only they were included more in the ranks of the industry, great depth of art would follow.

Here are a few things I don’t understand.

If sexual harassment and abuse didn’t keep film actresses from building a body of work, why has it stopped women filmmakers. One can only surmise that many actresses simply played the game, and got the roles in return. It wasn’t right that they had to do that, but either way, sexual harassment by itself didn’t stop women actors from building a body of work. Why didn’t the same phenomenon occur with women film makers?

I raise this – not because I think sexual harassment is right in any way – but to ask why one section of women continued to produce a body of work and not another, if sexual harassment was equally applicable to both groups and equally debilitating. May be there is an explanation but Brody doesn’t bother asking himself the question.

Second, women not fulfilling their early promise is not just a Hollywood phenomenon. Women across industries tend to thin out with time. It happens because women have children, and to maintain a balance between the demands of a career and of growing children is very hard. Some women manage. Many, many women don’t. This must be harder still for Hollywood filmmakers who have to spend large periods of time away from their families. Even many Hollywood actresses tend to fade out after having children. Filmmaking is a still more stressful, engrossing and all-encompassing exercise.

If this is true across industries today, it would have been far truer of the period Brody presents as evidence ‘1970 to 1991’. The likelihood that women filmmakers would have entered relationships and had children would be higher than today. It would have also been far likelier, that they would choose to focus on their children than their careers.

One could argue that this, in itself, is systemic oppression. But this is certainly not the kind of systemic and sexual oppression that Brody is talking about where women filmmakers have been intentionally kept out of power and abused. If it is motherhood that has kept women out of Hollywood’s creative ranks then the problem we are talking about is a societal question, not one limited to systems and sex. Moreover, the question is not limited to women because it cannot be easily decoupled with what is best for our children.

Then there is the question of commerce? Brody doesn’t even mention it once – not once – in any of his rationalisations. The budgets of Hollywood films have bloated beyond recognition in the last thirty years. Such heavy investment would naturally come at the cost of edginess and risk taking. Is it any wonder that black subjects and lives find it harder to come to fruit? Most audiences like to see versions of themselves on screen. Given the massive investments, is it any wonder that executives opt for the lowest common denominator – they choose actors and actresses who are most likely to appeal to the largest demographic of audience. For the US and the markets Hollywood targets that would be white middle class.

Let’s step away from the US and the race debate there. Let’s look at India, which is the only other country with a privately funded film industry of a size and output that could somewhat compare to Hollywood. Even the educated, well-travelled cosmopolitan Indian class consume far more Bollywood films than Hollywood, despite Hollywood films being technically far superior. The few white actors who have appeared in Bollywood films (yes, they have because Bollywood pays very well) have always been relegated to second leads or villains. That is because Indians – like everyone else – is looking for a version of themselves in the culture they consume. If Nigerian film industry was to truly take off, we would find black Nigerian actors and actresses and subject matters that appeal to black Nigerians dominate the industry, not the lives of other ethnicities who also live in Nigeria.

This is a problem for minorities every where. Their culture remains on the margins because cultural consumption has a lot to do with finding a personal connection. When items of mass cultural consumption like films are concerned, we have to content with commerce. Casting minorities or making films about their lives means running the risk of your audience going ‘meh… this doesn’t resonate with me’ and walking off. As investments rise, it becomes harder and harder to take that risk.

But Brody doesn’t at all consider commercial realities in his analysis. Perhaps he thinks that Hollywood executives should do it anyway because it is always easy to ask others to risk their money. If that is the case, perhaps Brody should first demand that Vogue and GQ – the sales of which subsidise the New Yorker and pays for Brody’s remuneration – start equally representation of coloured and white men and women on their covers, and in articles and advertisements.

I am open to the idea that what Brody says is indeed true. Maybe it is all about carefully crafted systems of oppression. But what I am not open to is Brody asking me to accept the absence of a strong body of work by women and men of colour as evidence of “systemic oppression” without presenting and disproving all the other factors that could lead to the same result.
Posted by globalbabble at 2:27 AM No comments:

When Feminist Mothering is Easy

Today, a friend sent me this self congratulatory article Being a Feminist Mother is a Liberating Experience and I just had to take it to task. It irritated me and I wanted to understand why.

Using free association between terms such as patriarchy, agency, intersectionality, racism and gender bias, the Indian immigrant writer asserts that feminist mothering has helped her protect her daughter from society’s patriarchal expectations, especially that of immigrant cultures.

However, apart from broad general assertions, she quotes only three specific instances where she felt that feminist mothering gave her the tools to help herself and her daughter navigate a patriarchal world.

-       Her Indian mother questioned her decision to send her daughter to an expensive private school.
-       A boy questioned her daughter’s interest in politics because girls are only interested in fairies and cakes.
-       When her 17-year-old daughter wears short dresses, the Indian within her baulks but feminism gives her the tools to let her daughter be.

Since she pompously starts the article by presenting herself as someone at the intersection of race, gender and ideology – an Indian immigrant mother in the UK with a mixed race daughter (half white, half Indian) with feminist leanings – I’ll use intersectionality to examine her conflicts.

The first thing to be said is that she misses out on one critical intersection of her identity – class. As someone who is married to a white British person and can afford to send her daughter to a private school in the UK, she belongs to the educated professional class of the UK at the very least. So we can’t ignore the impact that belonging to this class would have on her own and her daughter’s conflicts and experiences.

Giving the best possible education to your child, boy or girl, among this class is a norm – in fact, it would be frowned upon to visibly discriminate between your son and daughter in providing the materials of education. (In fact, it is a norm even among the equivalent classes in India, and would have been 12 years ago when the writer placed her daughter in school). A passing patriarchal remark by her mother who had no control over her decision making, when the weight and fashions of the class that she belonged to strongly supported her decision in favour of her daughter doesn’t amount to a hard-fought conflict.

Ditto, a passing remark by a boy about girls liking fairies and cakes and not politics. If you belong to white middle class in the UK and are sending your daughter to a private school, she is already being exposed to a whole range of women role models and feminist ideology (from classroom discussions, literature, films, TV, media to more immediate examples of successful women role models). Surely, all that armour would weather a chance remark by a boy without any lasting impact. Even without the benefit of feminist mothering, her daughter would have enough strong women role models to be inspired from and to aspire to.

Finally, we come to the writer’s daughter’s short dresses. I truly feel for her here because her immigrant background and her feminist beliefs would be at complete odds with each other here. Indian cultures place all the responsibility of sexual control on women and bestow all the privileges of sexual provocation and exploration to men. Mainstream western feminism loathes placing any responsibility of sexual control on women – from clothes to conduct to consent.  The writer’s choice would have been particularly hard given what was at stake - her daughter’s emotional and physical safety and security.

The writer doesn’t really tussle with the two oppositional stances though. She looks around and sees that short dresses are the norm as is holding men responsible for sexual transgressions, and takes comfort in the belief that her feminist daughter will be ok. However, that doesn’t answer why despite decades of feminist demands on the subject, sexual assault remains common in the West and its aftermath on women as traumatic as ever.

Perhaps a more fruitful discussion wither her daughter would involve the role of shifting contexts, places and power in sexual dynamics between men and women, and how to remain alert, aware and sensitive to them even as we assert our rights to live and experience life freely.

Words such as patriarchy, racism, intersectionality, gender discrimination have meaning and value. But every time we use them slavishly and sloppily to find comfortable, convenient and self-congratulatory positions, we rob them a little of their power and meaning and end up empowering our opponents.

Being a feminist mother is liberating indeed, especially when it gives you a comfortable look out post to view the world and asks nothing of you in return. In other worlds, it is called entitlement.